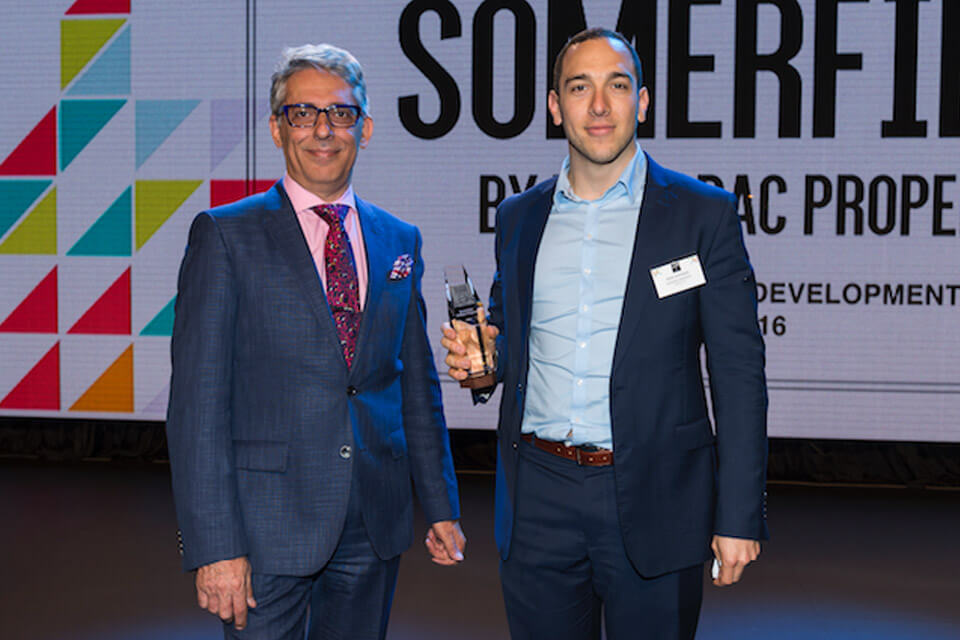 “We’re thrilled to be recognised by the UDIA for our environmental initiatives at Somerfield, which planned a decade ago blazed the trail for sustainability features that are only now becoming industry standards” says Intrapac Property Chief Operating Officer Maxwell Shifman.It’s not the first time the development’s innovative environmental approach has been rewarded. Somerfield’s outstanding environmental record was also recognised when it became the first UDIA EnviroDevelopment accredited under the national scheme in 2011 in the elements of ecology, water and community.“Even though Somerfield presents much like a greenfield development, the engineering issues and numerous planning issues experienced were much closer to those typically associated with brownfield projects,” says Shifman. “To be recognised by the UDIA at the end of all the hard work is extremely rewarding.”The history of market gardening and uses such as dog kennels and chicken farms, meant the land at Somerfield was significantly encumbered and ecologically degraded. Intrapac developed a plan to overcome the various restrictive uses and free up the land for residential development, and rehabilitate the natural ecology of the area in the process.Interspersed between the beautifully designed homes is 16.7% of the site area devoted to open space, including award-winning landscaping that incorporate a range of uses such as local parks and playgrounds, wetlands and expansive natural parklands, with every home within 400 metres of open space.The landscaping also includes a Reflections garden designed by Chelsea Flower Show winning garden designer Wes Fleming and a pirate-themed playground with public art and basketball courts, as well as barbecue facilities. Footpaths and cycling tracks link the development in all directions, with connections to the established suburbs to the north, as well as the local commercial and community precinct.“Environmental excellence is important in all our developments and we’re also celebrating being the developer with the most UDIA Enviro Certifications ever achieved in a six-month period,” says Shifman. “We are constantly pushing to remain at the forefront of what’s possible in terms of sustainability.”The Somerfield development was an early adopter of cutting edge features such as recycled water (before it became mandatory), water sensitive urban design, quality design guidelines and high-speed fibre to the home broadband internet access (before the existence of NBN).Another key innovation was in the wetland entry at Perry Road. The area required to retain the volumes of water involved would have considerably reduced the developable area in the south-eastern precinct if it constructed using conventional design.“Our solution was to construct a hybrid basin system, partly natural, wetland style, and partially a deep, structural basin, using stone walls as hard edging,” says Shifman. “This created an absolutely stunning entry feature and also helped increase the net developable area for residential lots.”Overall, Somerfield serves as an ideal model of appropriate urban renewal, having taken severely ecologically degraded and environmentally impacted infill land, and turning it into a state of the art, beautiful and highly sought-after land estate.Its popularity extends to a variety of ethnic communities as well as demographics, partly due to the different lot sizes available and a new townhouse offering. It’s close to the CBD, the beaches, great schooling and amenities and as a gateway to the Mornington Peninsula.Now in its 21st year, the Urban Development Institute’s Awards for Excellence in Victoria are a chance for the industry to showcase their best projects in a celebration of contemporary knowledge, skills and innovation in the urban development industry, recognising the outstanding achievements of high quality developments.The award was presented to Intrapac Property at a gala awards lunch held on Friday, 2 December 2016 at the Crown Palladium Ballroom.