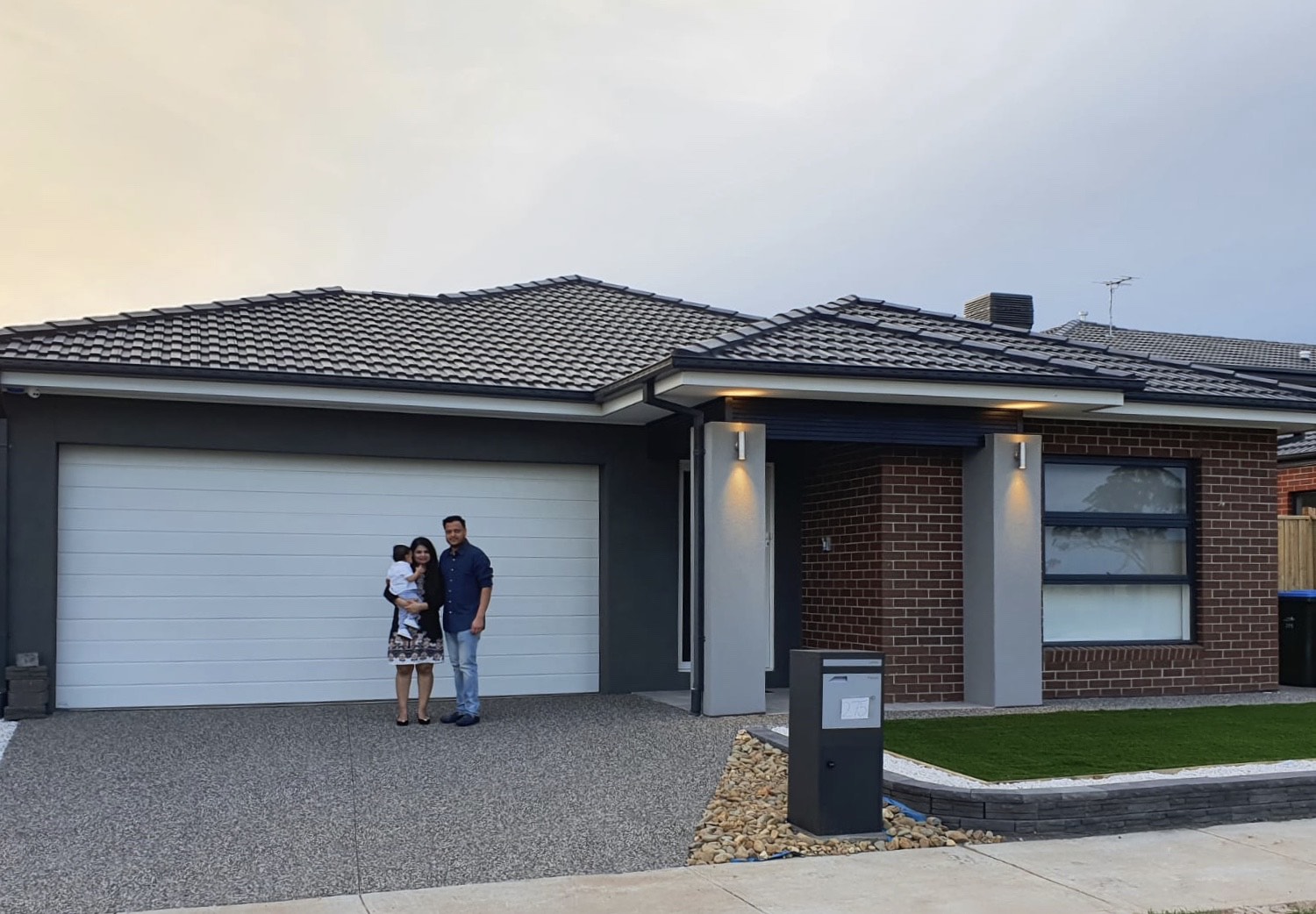 A family grows with a new neighbourhood

For Rishi and Dhruvi Dave, two working professionals with a young son, the decision to design and build their first family home in Ellarook was centred on community. Relocating from a one-bedroom inner city apartment in bustling South Melbourne, the family sought an idyllic suburban lifestyle, with a small town village feel. Somewhere that could offer a sense of escape while remaining a convenient distance from the city where they worked. A place to call their own, with access to reputable schools, public transport and surrounded by meandering green pockets.

Only a month and a half after moving in, the Daves are currently settling into their new digs in Ellarook: a new division of Truganina in Melbourne’s west. ”I must admit, it was a little hard to sleep the first night!” recalls Rishi. “We had been so used to life in an apartment block that we didn’t know what to expect in moving to a standalone house - there’s no neighbours or street noise. It took us about a week to relax into it, but now it definitely feels like home.” Of course, theirs is a particularly quiet corner of the world for now, since the Dave family are among the first to move into their street. But with around 60 homes currently under construction and much planned for the area in years to come, the suburb is coming to life around them.

Ellarook is the latest in a long legacy of thriving residential precincts by Intrapac Property, who have remained at the forefront of thoughtful property development in Australia since 1984. Future plans for expansion of the 500-home estate include a mix of leisure and civic amenities to organically engage the community. A primary school is also proposed for Ellarook, with a wide choice of childcare, primary, secondary education for families located in the broader area - many options for little Ayaan to consider as he grows. Additionally, Truganina will be bolstered by a new town centre, with a shopping centre and supermarket to service the immediate neighbourhood. For now, the contemporised Pacific Werribee shopping centre provides a wealth of entertainment for residents nearby.

“We just love the local area, and are excited about what’s in store here. Not only for us but for our baby,” says Rishi. “Right now we’re just waiting for the weather to get a bit better, so we can explore it a little more.” Better weather for outdoor sports too - like cricket, which Rishi has a penchant for. The man of the house is certainly pleased to be located close to sports clubs, not to mention a reserve suitable for a social match is within walking distance. And, bringing the city even closer, a new train station has been proposed for Truganina, situated only one kilometre away from the Daves.As far as the design of their dream home, Dhruvi in particular dove enthusiastically into all the details. It became a pet project close to her heart.“From day one, we had always wanted to design and build our own house. So I’d say we were very involved in the process, especially my wife,” says Rishi. “Way before we had approached the builders we’d spoken about it a lot, planned it out on paper, sketching what we thought our house might look like, and what we wanted in it.” Having purchased land at Ellarook in 2017, the Daves took a careful approach to their first property, taking their time to understand what was really important to them in a home. After reviewing and comparing many builders in the market, the family engaged U Homes, who at every turn supported them in creating their first home. “We had never built or owned our own home before, so this was our first experience of any of this,” says Rishi. “So we really appreciated that U Homes were flexible when it came to our design. If it was feasible, they’d always find a way to achieve the ideas we put forward.”Having upgraded from a one-bedroom city apartment to their own four-bedroom home with generous outdoor space to enjoy is still something of a novelty to the Dave family, who have been especially grateful for the extra breathing room during the stringent restrictions of Melbourne lockdown. “In times like now - with Covid going on, when we aren’t able to go out - we’ve got this great open area where we can sit, relax, play with the baby, and enjoy the outdoors as a family without leaving the premises,” says Rishi. “It’s such a joy to have our own space and backyard, with more room to have people over. And it’s special for us as parents to see Ayaan to grow up here as well, and make memories. We’re so happy to be here in our own house.”